How Many People Have Ever Lived on Earth? 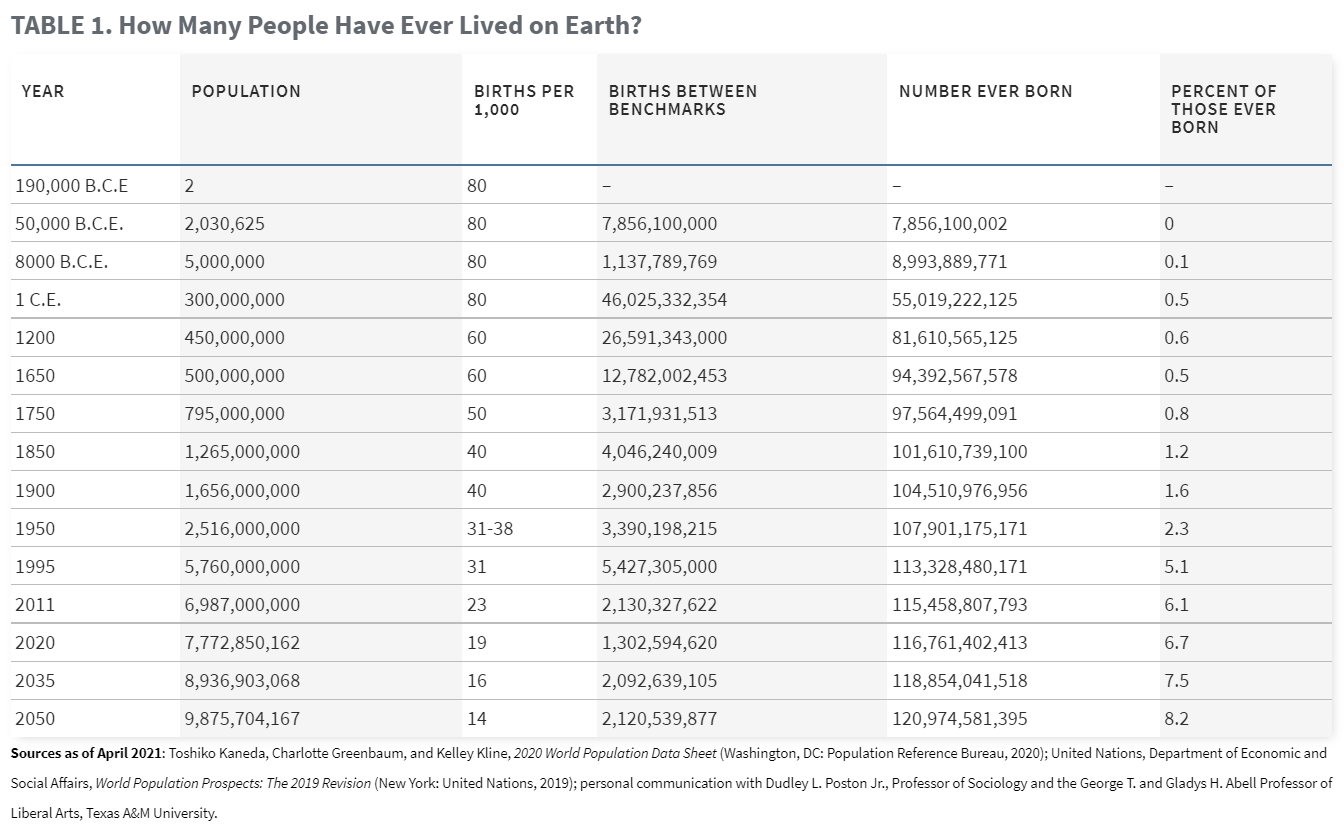 Given a current global population of about 7.8 billion, the revised estimate means those alive in 2020 represent nearly 7% of the total number of people who have ever lived.

Calculating the answer to the question “How many people have ever lived on Earth?” is complicated. To begin with, when we initially wrote this article back in 1995, “modern” Homo sapiens (that is, people who were roughly like we are now) were thought to have first walked the Earth around 50,000 B.C.E. Discoveries now suggest modern Homo sapiens existed much earlier, around 200,000 B.C.E. This major change in our understanding of human existence spurred new calculations and consultations with experts, resulting in an estimate that about 117 billion members of our species have ever been born on Earth.

To be sure, calculating the number of people who have ever lived is part science and part art. No demographic data exist for more than 99% of the span of human existence. Still, with some assumptions about population size throughout human history, we can get a rough idea of this number.