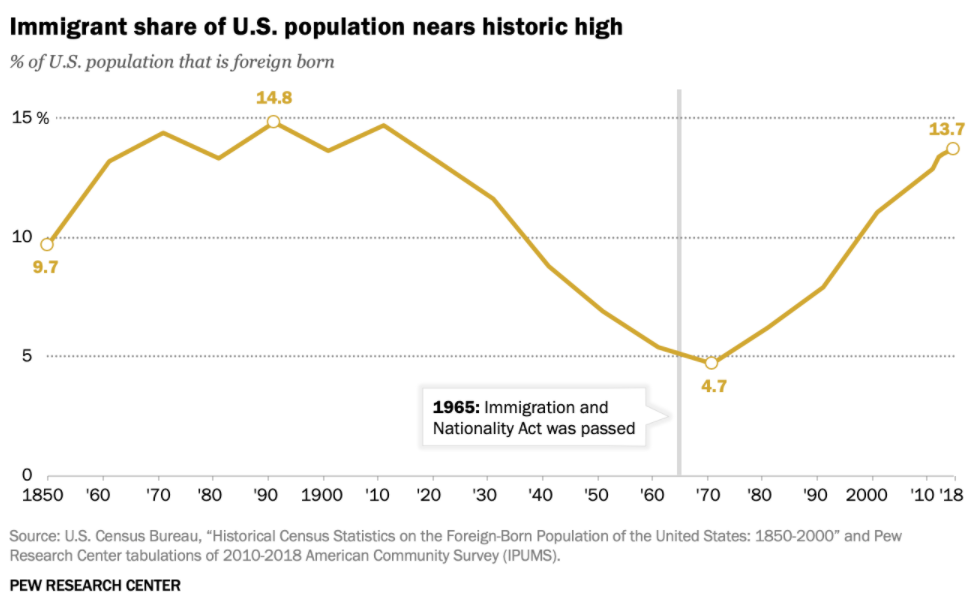 Pew Research Center regularly publishes statistical portraits of the nation’s foreign-born population, which include historical trends since 1960. Based on these portraits, here are answers to some key questions about the U.S. immigrant population.

How many people in the U.S. are immigrants?

The U.S. foreign-born population reached a record 44.8 million in 2018. Since 1965, when U.S. immigration laws replaced a national quota system, the number of immigrants living in the U.S. has more than quadrupled. Immigrants today account for 13.7% of the U.S. population, nearly triple the share (4.8%) in 1970. However, today’s immigrant share remains below the record 14.8% share in 1890, when 9.2 million immigrants lived in the U.S.