After Incarceration: A Guide To Helping Women Reenter the Community 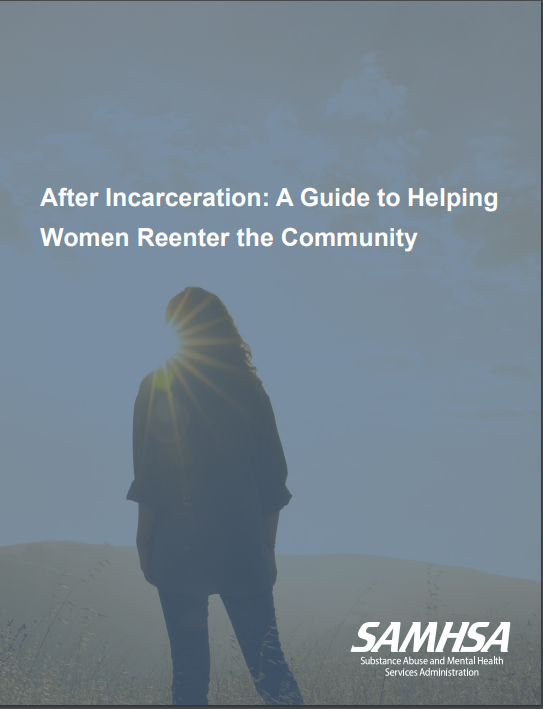 As of 2016, over 1.2 million women in the United States were incarcerated in prison or jail, on probation, or on parole. Since 2000, the rate of women’s incarceration in jails rose over 26 percent, whereas the jail incarceration rate for men decreased by 5 percent. When women are released from jail or prison, they are often ill-prepared to reencounter and address the serious problems they faced prior to incarceration, such as victimization, an unstable family life, difficulties in school, limited work experience, financial issues, poverty, substance use disorders, mental health issues, a lack of vocational skills, and parenting difficulties. Women also tend to face new concerns upon reentering society, such as legal issues, financial restitution, and new trauma or re-traumatization that they experienced while incarcerated. There are few randomized studies that have identified gender-responsive, evidence-based practices for women’s reentry. In many communities, women receive the same services that were originally designed to serve men being released from jail or prison. However, new findings, such as those from the Office on Women’s Health’s 2012–2015 Reentry Enhancement Project, are helping to identify effective approaches for women’s reentry. This guide provides an overview of promising practices that corrections and community-based service providers should consider in supporting women’s transitions from correctional facilities to the community. Gender-responsive criminal justice approaches acknowledge women’s unique pathways into and out of the criminal justice system. These approaches address social factors such as poverty, race, class, gender inequality, and culture. The promising practices presented here align with a theoretical framework, created by Bloom, Owens, and Covington, that explains the complex dimensions of a woman’s experience when reentering the community following incarceration.