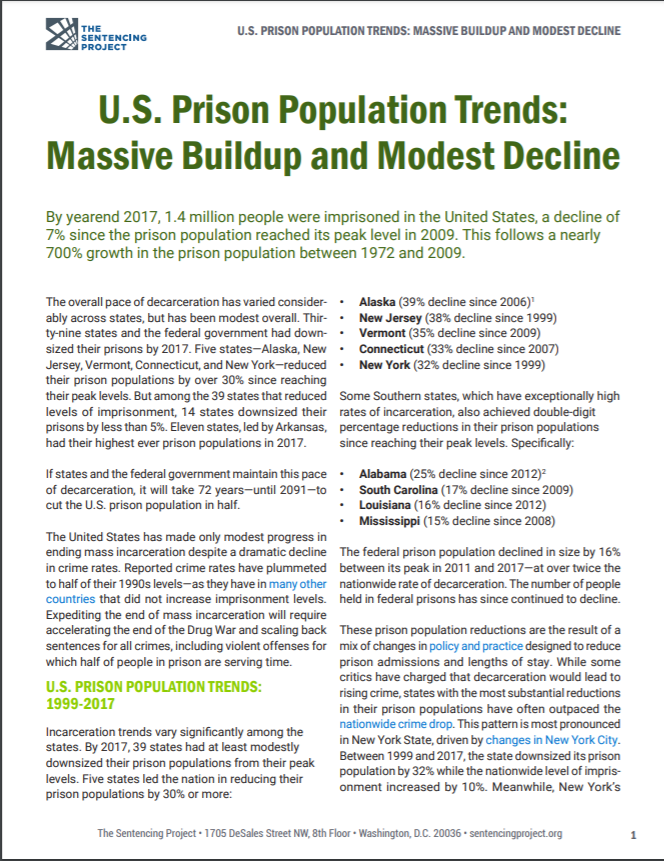 The overall pace of decarceration has varied considerably across states, but has been modest overall. Thirty-nine states and the federal government had downsized their prisons by 2017. Five states—Alaska, New Jersey, Vermont, Connecticut, and New York—reduced their prison populations by over 30% since reaching their peak levels. But among the 39 states that reduced levels of imprisonment, 14 states downsized their prisons by less than 5%. Eleven states, led by Arkansas, had their highest ever prison populations in 2017.

If states and the federal government maintain this pace of decarceration, it will take 72 years—until 2091—to cut the U.S. prison population in half.

The United States has made only modest progress in ending mass incarceration despite a dramatic decline in crime rates. Reported crime rates have plummeted to half of their 1990s levels—as they have in many other countries that did not increase imprisonment levels. Expediting the end of mass incarceration will require accelerating the end of the Drug War and scaling back sentences for all crimes, including violent offenses for which half of people in prison are serving time.