The world's biggest economies in 2018 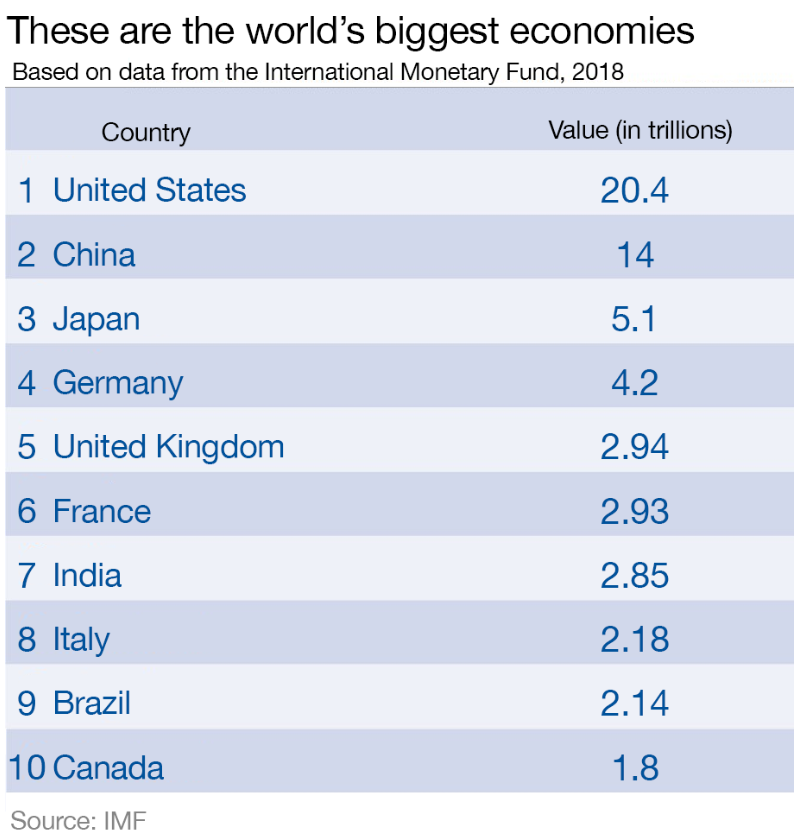 The United States has the largest economy in the world at $20.4 trillion, according to data from the International Monetary Fund (IMF), which shows the US economy increased from around $19.4 trillion last year.

China follows, with $14 trillion, which is an increase of more than $2 trillion in comparison to 2017. Japan is in third place with an economy of $5.1 trillion, up from $4.87 trillion a year previously.

European countries round off the top 5.

Three European countries take up the next places on the list: Germany is fourth, with a $4.2 trillion economy, the United Kingdom is fifth with $2.94 trillion and France is sixth with $2.93 trillion.

The sheer scale of the United States’ economy puts others into perspective. It is larger than the combined economies of numbers four to 10 on the list above. Overall, the global economy is worth an estimated $79.98 trillion, meaning the US accounts for more than one-quarter of the world total.