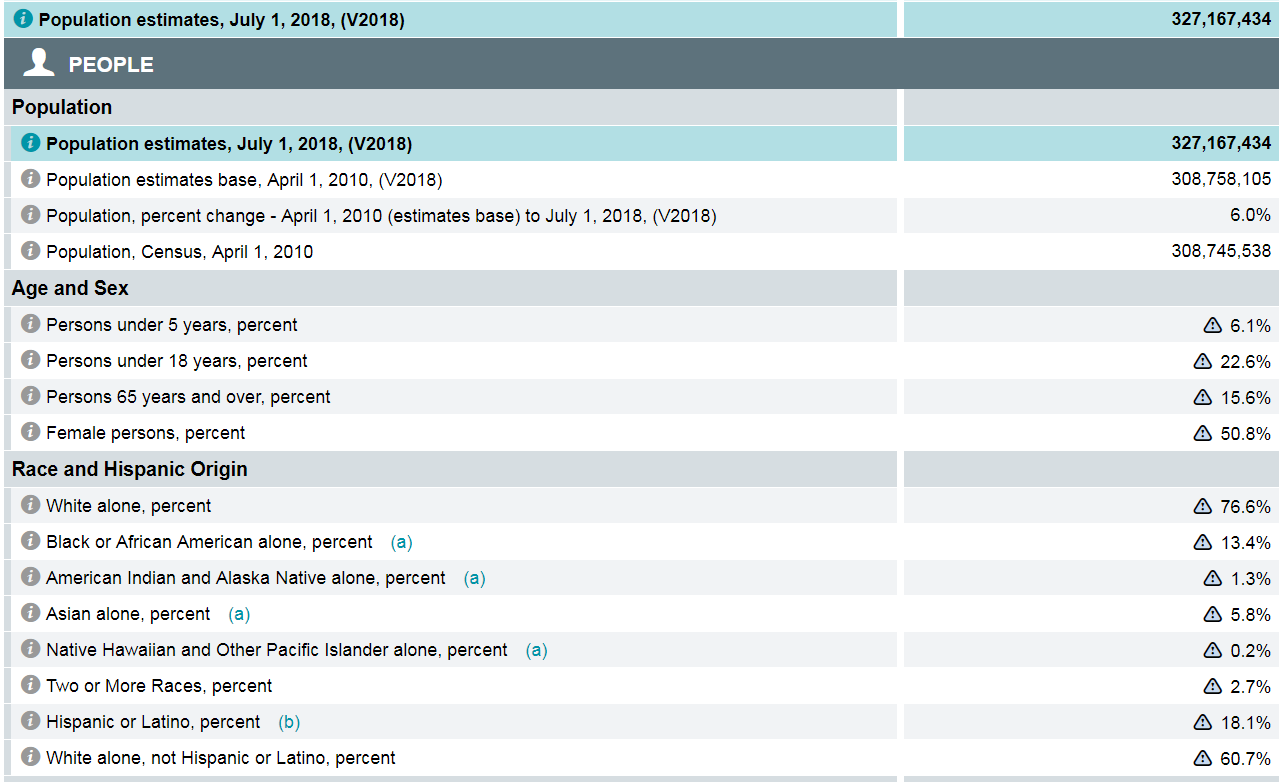 QuickFacts provides statistics for all states and counties, and for cities and towns with a population of 5,000 or more.

About datasets used in this table

Estimates are not comparable to other geographic levels due to methodology differences that may exist between different data sources.

Some estimates presented here come from sample data, and thus have sampling errors that may render some apparent differences between geographies statistically indistinguishable. Click the Quick Info icon to the left of each row in TABLE view to learn about sampling error.