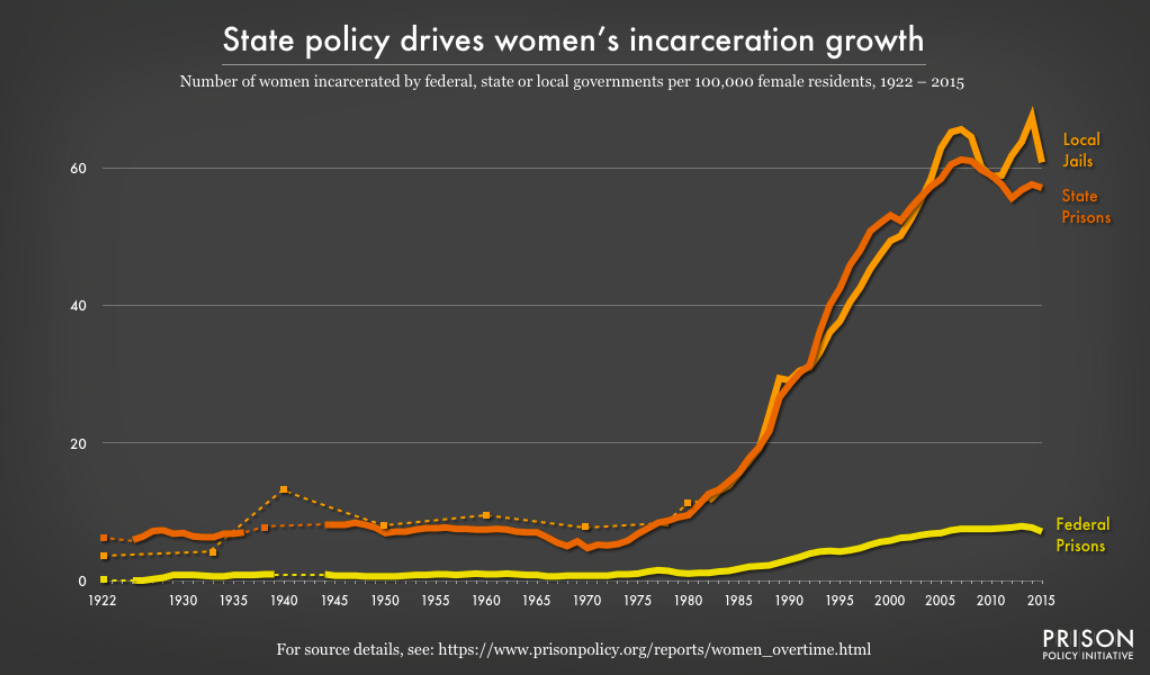 The story of women’s prison growth has been obscured by overly broad discussions of the “total” prison population for too long. This report sheds more light on women in the era of mass incarceration by tracking prison population trends since 1978 for all 50 states. The analysis identifies places where recent reforms appear to have had a disparate effect on women, and offers states recommendations to reverse mass incarceration for women alongside men.

Across the country, the author's find a disturbing gender disparity in recent prison population trends. While recent reforms have reduced the total number of people in state prisons since 2009, almost all of the decrease has been among men. Looking deeper into the state-specific data, the authors can identify the states driving the disparity.

Women have become the fastest-growing segment of the incarcerated population, but despite recent interest in the alarming national trend, few people know what’s happening in their own states. Examining these state trends is critical for making the state-level policy choices that will dictate the future of mass incarceration.