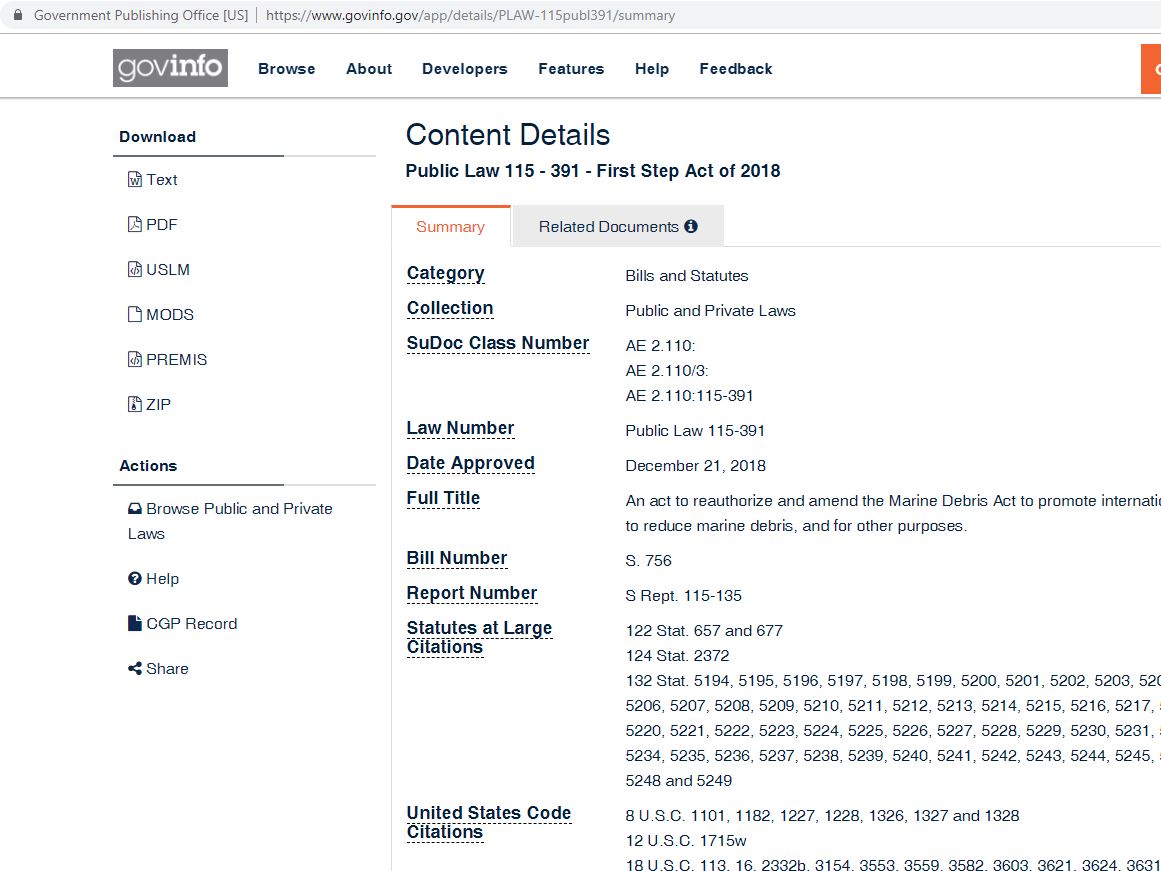 On December 21, 2018, President Trump signed into law the First Step Act of 2018 (P.L. 115- 391). The act was the culmination of several years of congressional debate about what Congress might do to reduce the size of the federal prison population while also creating mechanisms to maintain public safety. This report provides an overview of the provisions of the act.

The act has three major components: (1) correctional reform via the establishment of a risk and needs assessment system at the Bureau of Prisons (BOP), (2) sentencing reform via changes to penalties for some federal offenses, and (3) the reauthorization of the Second Chance Act of 2007 (P.L. 110-199). The act also contains a series of other criminal justice-related provisions.

The First Step Act requires the Department of Justice (DOJ) to develop a risk and needs assessment system to be used by BOP to assess the recidivism risk of all federal prisoners and to place prisoners in programs and productive activities to reduce this risk. Prisoners who successfully complete recidivism reduction programming and productive activities can earn additional time credits that will allow them to be placed in prerelease custody (i.e., home confinement or a Residential Reentry Center) earlier than they were previously allowed. The act prohibits prisoners convicted of any one of dozens of offenses from earning additional time credits, though these prisoners can earn other benefits, such as additional visitation time, for successfully completing recidivism reduction programming. Offenses that make prisoners ineligible to earn additional time credits can generally be categorized as violent, terrorism, espionage, human trafficking, sex and sexual exploitation, repeat felon in possession of firearm, certain fraud, or high-level drug offenses.