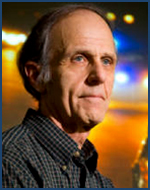 Corrections officers spend a good part of their day within the walls of correctional facilities. Under such work conditions, personnel experience chronic stress. Despite this evidence, there is a paucity of suicide research on this occupational group. From a national study we found that corrections personnel have a significantly higher risk for suicide. Ratios were particularly high among females. Additional study is needed on precipitants and occupational risk factors associated with suicide among corrections personnel. Attendees to this presentation will be able to identify factors involved in and the extent of corrections suicide.

John M. Violanti is a Full Research Professor in the Department of Epidemiology and Environmental Health, School of Public Health and Health Professions, University at Buffalo and a member of the University at Buffalo graduate faculty. He was formerly a full professor at the Rochester Institute of Technology Department of Criminal Justice. He is a police veteran, serving with the New York State Police for 23 years as a trooper, criminal investigator, and later as a coordinator of the Psychological Assistance Program for the State Police. Dr. Violanti has been involved in the design, implementation, and analysis of police suicide, stress and health studies over the past 25 years. He has authored over 100 peer-reviewed articles on police stress and posttraumatic stress disorder, police mortality and suicide and has also written and edited eighteen books, seven of which were on police suicide.