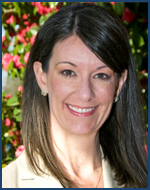 Oregon Department of Corrections Director Colette S. Peters will kick off the conference with her keynote address. Corrections staff are tasked with protecting the public and helping change the lives of those in custody, oftentimes at the expense of their own health and wellbeing. Despite the severity of this issue, it has received little national attention. Ms. Peters will discuss the research that has begun in Oregon and the strategic plan to both raise awareness in Oregon and stretch the efforts nation-wide.

Ms. Peters was appointed Director in February 2012 after serving as the Director of the Oregon Youth Authority (OYA) for several years. Prior to her role at OYA, Ms. Peters served as DOC’s Inspector General and Assistant Director for Public Services.

As DOC Director, Ms. Peters oversees the operations and policies of a corrections agency responsible for managing approximately 14,500 incarcerated adults in 14 prisons across the state. She has ultimate responsibility for the management of a department with 4,500 employees and a biennial budget of $1.4 billion. Ms. Peters also works closely with Oregon’s state-funded community corrections agencies to coordinate the local supervision of more than 31,500 offenders on probation and parole.

A native of the Midwest, Ms. Peters earned her master’s degree in criminal justice from the Graduate School of Public Affairs at the University of Colorado in Denver, and a bachelor’s degree in psychology from the College of Saint Benedict in Saint Joseph, Minnesota.