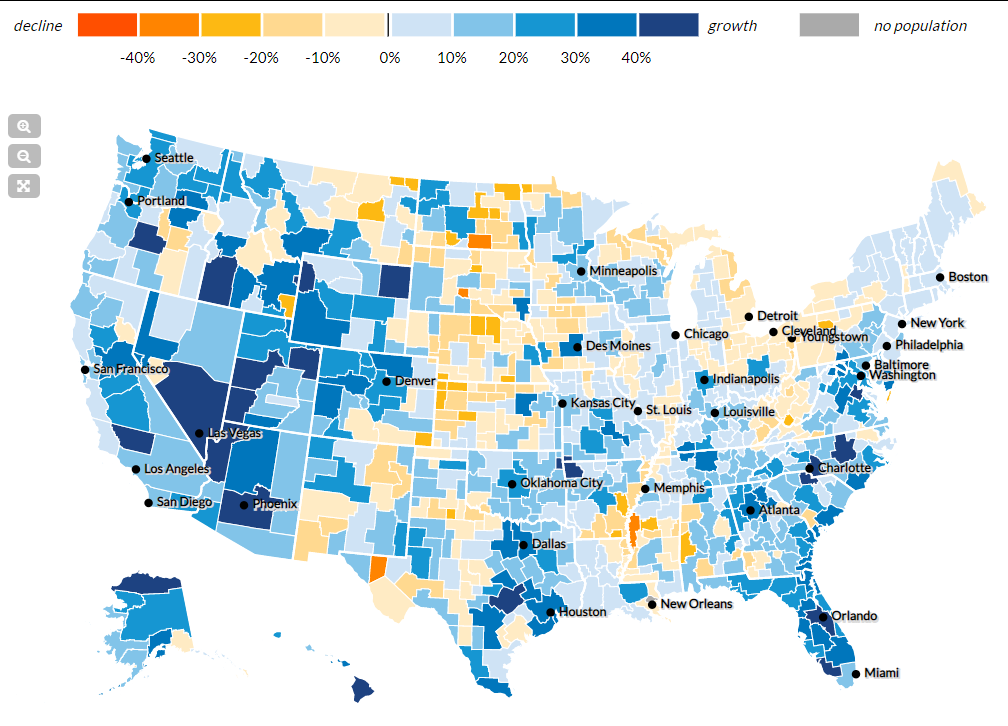 These demographic shifts matter a great deal to states and local communities. Las Vegas is scrambling to build enough schools to accommodate the city’s recent population boom. Meanwhile, Detroit is figuring out how to downsize wisely to match a shrinking population that may shrink even more.

To help visualize the future, the Urban Institute developed a tool as part of the “Mapping America’s Futures” series that projects local-level population trends out to 2030 (the button on the right will take you there). Pick low, average, or high rates for birth, death, and migration—the three drivers of population change—and the map changes in response.

The rates are all reasonable assumptions, based on historical trends. In other words, it won’t show a future where no children are born and no one dies, but we could imagine a future where people move around more or birthrates fall by 20 percent. With the tool, people can explore several possible “what-if” scenarios—possible futures—and see how they’ll play out across the country.

A future with more births and longer lives looks very different from one with fewer births and high mortality. And migration—one of the most difficult forces to predict—can change areas rapidly, not just in sheer numbers, but also in terms of an area’s racial and ethnic makeup, its workers and tax base, its demand for housing and for government services, and, arguably, its character.